Making it Work at CSW63: supporting the voice of women and girls with disabilities

The sixty-third session of the Commission on the Status of Women will take place from 11 to 22 March 2019, at the United Nations Headquarters in New York. Making It Work will be there, alongside African women activists. 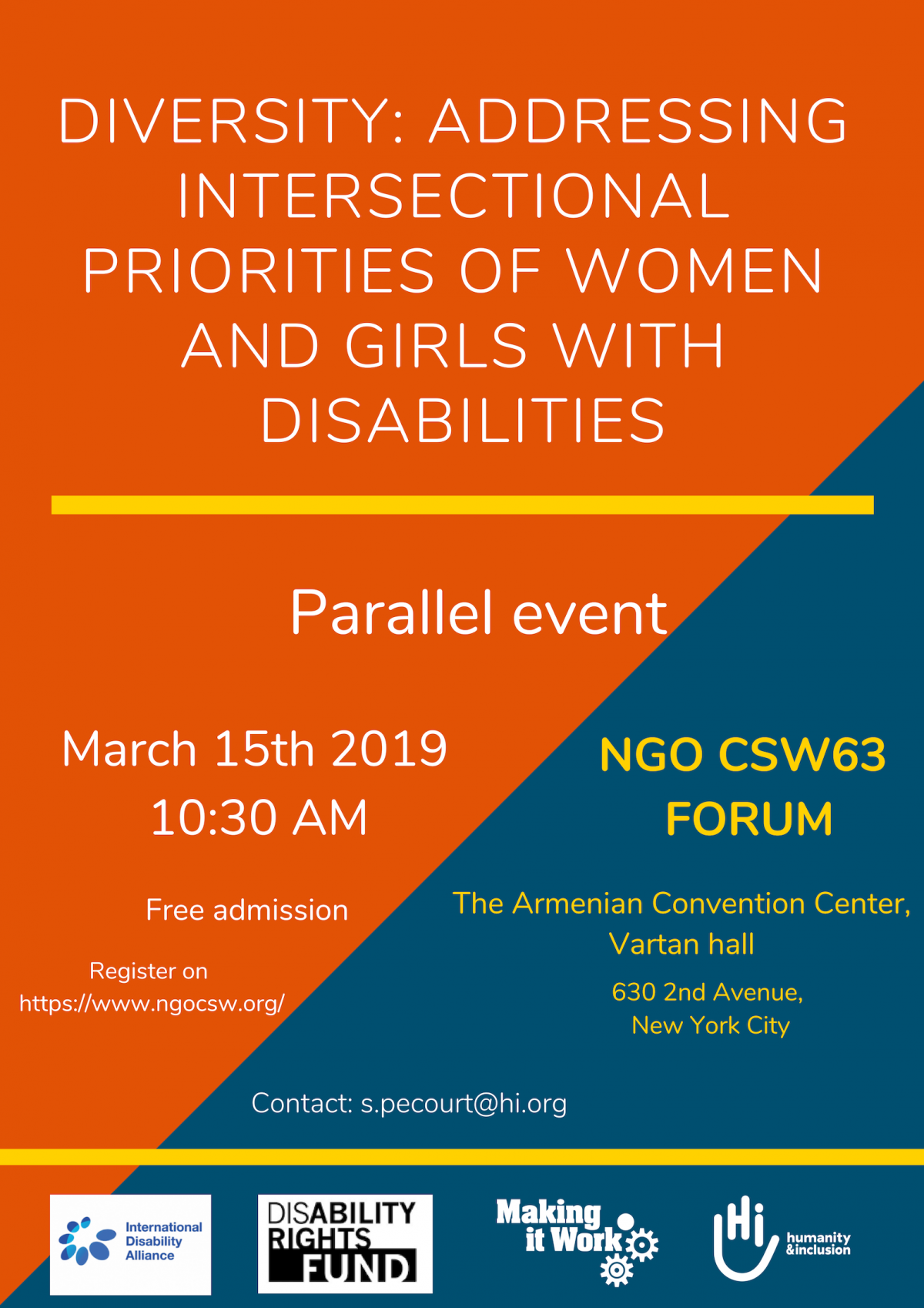 The Making It Work team is thrilled to be present at the sixty-third session of the Commission on the Status on Women, from 11 to 22 March 2019, in New York. We will be bringing forward the voice of women and girls with disabilities, alongside two African women activists from our 2019 country partners.

Eza Nkaka, from the Rwanda National Association of Deaf Women, Esther Okech from the Kenya Female Advisory Organization, Meenakshi Balasubramanian from "Equals - Centre for Promotion of Social Justice", Mathilde Umuraza from "UNABU", Jigjid Dulamsuren from "Word Federation of the Deaf" and Pratima Gurung from "National Indigenous Disabled Women Association Nepal" will join us during this week to discuss and raise the needs of women with disabilities.

Making It Work is co-organising a parallel event on the following theme : "Diversity: addressing intersectional priorities of women and girls with disabilities". The panel will be on March 15th, 2019, at 10:30 am, at the Armenian Convention Center, in New York.

We look forward to seeing you there, and if you would like to get in touch with the MIW team during CSW63, do not hesitate to reach out : s.pecourt@hi.org and follow us on Facebook and Twitter!